The hansom cab is a kind of horse-drawn carriage designed and patented in 1834 by Joseph Hansom, an architect from York. The vehicle was developed and tested by Hansom in Hinckley, Leicestershire, England. Originally called the Hansom safety cab, it was designed to combine speed with safety, with a low centre of gravity for safe cornering. Hansom's original design was modified by John Chapman and several others to improve its practicability, but retained Hansom's name.(Wikipedia) 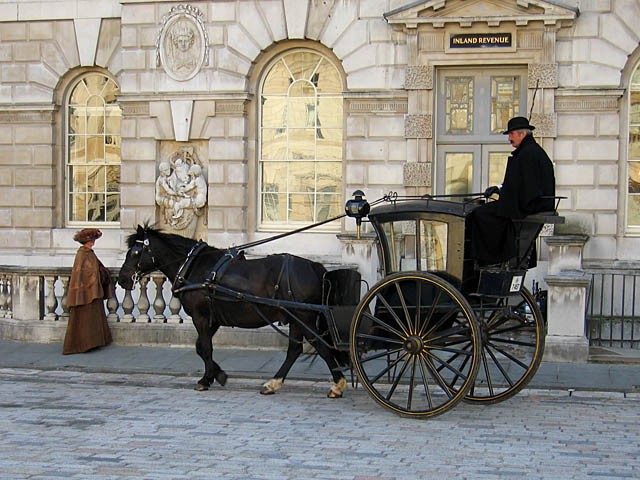