A truck-mounted crane has two parts: the carrier, often referred to as the lower, and the lifting component which includes the boom, referred to as the upper. These are mated together through a turntable, allowing the upper to swing from side to side. These modern hydraulic truck cranes are usually single-engine machines, with the same engine powering the undercarriage and the crane. The upper is usually powered via hydraulics run through the turntable from the pump mounted on the lower. In older model designs of hydraulic truck cranes, there were two engines. One in the lower pulled the crane down the road and ran a hydraulic pump for the outriggers and jacks. The one in the upper ran the upper through a hydraulic pump of its own.(Wikipedia) 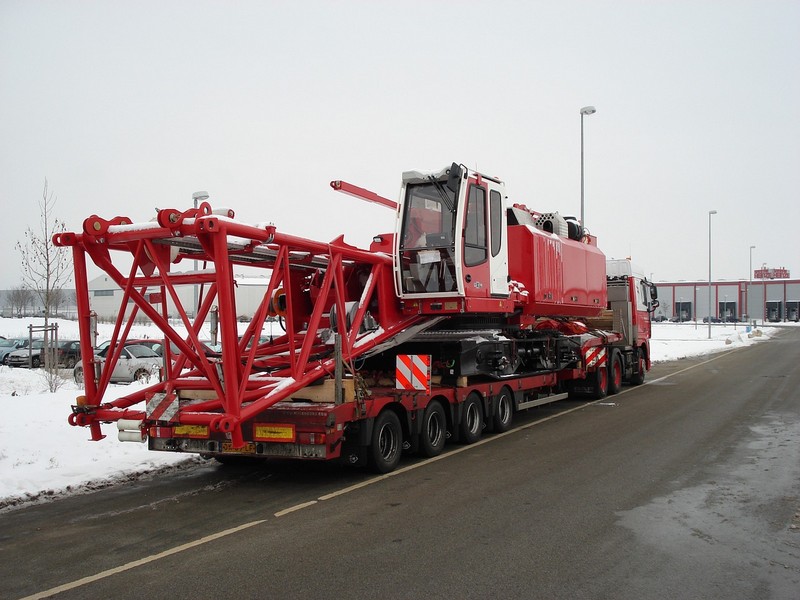