A backhoe — also called rear actor or back actor — is a type of excavating equipment, or digger, consisting of a digging bucket on the end of a two-part articulated arm. It is typically mounted on the back of a tractor or front loader, the latter forming a backhoe loader.The section of the arm closest to the vehicle is known as the boom, while the section which carries the bucket is known as the dipper (or dipper-stick), both terms derived from steam shovels. The boom is generally attached to the vehicle through a pivot known as the king-post, which allows the arm to pivot left and right, usually through a total of 180 to 200 degrees.(Wikipedia) 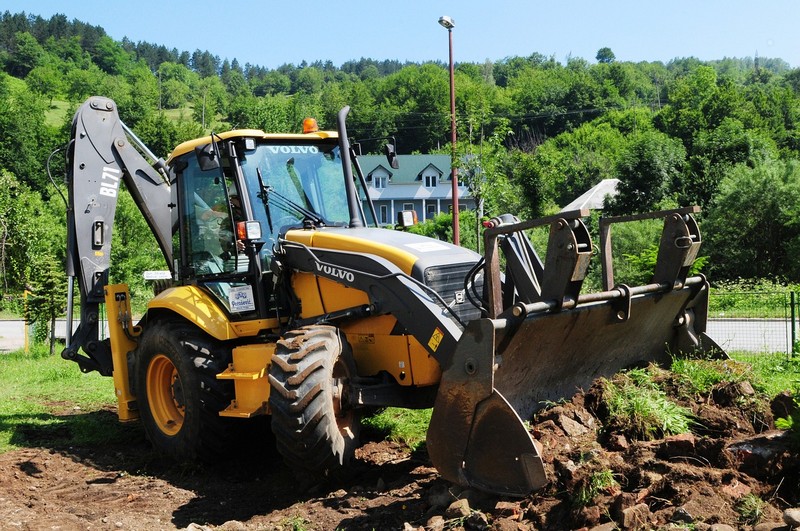