The Tongariro Alpine Crossing in Tongariro National Park is a tramping track in New Zealand, and is among the most popular day hikes in the country. The Tongariro National Park is a World Heritage site which has the distinction of dual status, as it has been acknowledged for both its natural and cultural significance. The crossing passes over the volcanic terrain of the multi-cratered active volcano Mount Tongariro, passing the eastern base of Mount Ngauruhoe.(Wikipedia) 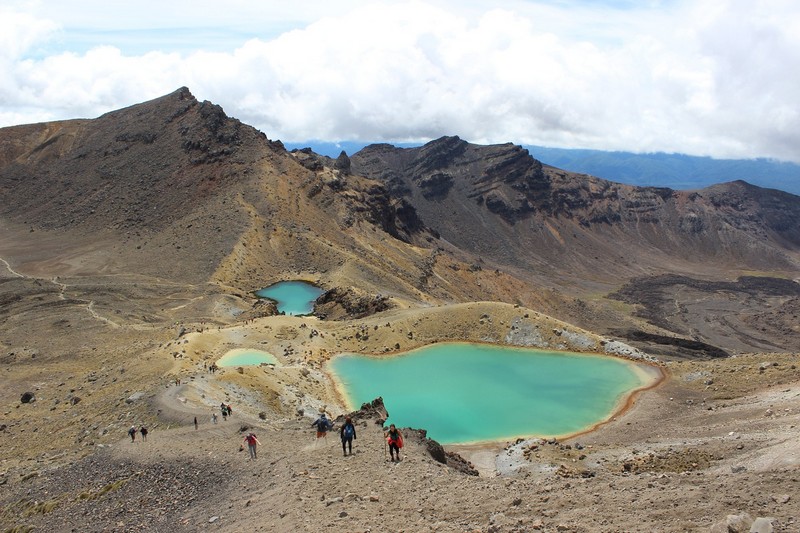